Deprecated: Function get_magic_quotes_gpc() is deprecated in /home/giannisibilla/outtakes.it/wp-includes/load.php on line 583

Deprecated: Function create_function() is deprecated in /home/giannisibilla/outtakes.it/wp-includes/pomo/translations.php on line 208
 maggio | 2012 | Outtakes 
Deprecated: Function get_magic_quotes_gpc() is deprecated in /home/giannisibilla/outtakes.it/wp-includes/formatting.php on line 3785

With or without you


Deprecated: Function get_magic_quotes_gpc() is deprecated in /home/giannisibilla/outtakes.it/wp-includes/formatting.php on line 1973

Commenti disabilitati su With or without you

What do you expect from the musicians you work with? Foot Washing! 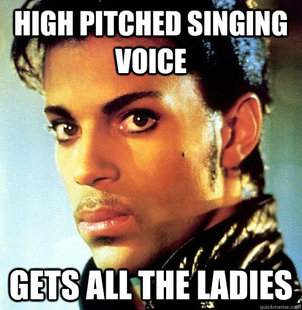 How do you compose a set list for a show?
Prince: Good question, the set list selection is initially chosen by the length of time that has passed since we’ve last played a particular market. Then many other factors take hold: the size and average age of an audience; bigger, younger crowds like the party songs played immediately, so we generally comply. Hosting parties offstage in a private setting 4 larger crowds has trained us well in dancefloor management, if u will.
How many songs do you have on call (rehearsed and ready if you want to slot them into the show)?
Prince: Roughly 200-300 songs with variations 4 each of them. 4 example: based upon crowd response any song can b lengthened or shortened with a simple cue: Raspberry Beret’s second verse and bridge can b added if the audience sings louder than r lead singer. Also depending upon the diversity of the crowd we can quickly seque in 2 Cool, The Time’s theme song. An urban audience knows all the words to that song whereas folks from Helsinki… well, u get the picture.
How do you view your catalogue of B-sides, which to some fans are as important as your hits?
Prince: The concerts r tending 2 skew younger these days so once folks know they r on familiar ground, we can play some rarities. U don’t put kids in the deep water until u make sure they can swim.
How do you approach those classic super-high notes these days?
Prince: By hitting higher ones.
What are the three most important things on your tour rider, and why?
Prince: Riders r the least important thing on tour.
As a band leader, what do you expect from the musicians you work with?
Prince: 1. Foot washing 2. Locks of hair 3. Per diem.
You have said in interviews that you impose a basketball team type discipline on your band. What does that mean?
Prince: That they play 2 win. Otherwise they’ll b back-up dancing 4 Robin Thicke.
Live, what does the NPG give to your pre-NPG catalogue, especially the Revolution material?
Prince: Every band is different. Most Revolution concerts stuck 2 setlists. In contrast, all past and present lineups of the NPG r based upon a collective conscience. In other words, they play like eye would if in their position.
Britney Spears has done two world tours lip-syncing her show. Your thoughts?
Prince: Different strokes 4 different folks.
What do you think of 360 deals?
Prince: They r great… 4 me 2 poop on. :/
What do you think about the album in this iTunes culture (and the ability to buy single songs)?
Prince: It’s cool cuz we usually buy books by the chapter. When we rented Avatar, we watched 5 scenes every weekend til it was finished.
How has iTunes ruined or saved music?
Prince: Personally not a fan of digital music. Happy 2 say we grew up with the record player. Altho this current generation experiences the world differently – neither better nor worse, just different. It’s not up 2 the past 2 dictate. That said, the decision 2 turn analog music in2 numerical data was not made by a musician. It was made by a music consumer. We all got dragged unwittingly 2 this well and r now paying the cost. When hipping a young artist 2 Joni Mitchell’s canon of work, we don’t direct them 2 iTunes. We sit them down and play the music chronologically. Finally, we would like 2 say how excited we all r 2 come back 2 Australia 2 show everybody what they’ve been missing all this time. Get ready 2 dance!

Commenti disabilitati su What do you expect from the musicians you work with? Foot Washing!

Commenti disabilitati su The night they…